Fraud is a word that is often thrown around attributed to varying definitions, depending on the context in which it is used. Fraud itself is defined as the act of deception for unfair or unlawful gain, but there are many different types of fraud. For our purposes, we will focus on types of fraud affiliated with identity crimes.

Fraud refers to the theft and misuse of an individual’s Personally Identifiable Information (PII), as well as existing bank accounts and other monetary funds. For example, criminally obtaining your account information with the intention of stealing financial resources or obtaining your personal information through a data breach would be considered fraud. Among data breaches, scams and hacking are also ways that criminals can obtain your sensitive information. Oftentimes, scams such as phishing or social engineering lead victims to provide their personal information to criminals directly via email or websites. In 2019, 13 million consumers became victims of identity fraud — that’s about 1 in 20 people, according to Javelin research.

Employment fraudsters use the stress of unemployment to their advantage, and these schemes are designed to provide financial-relief opportunities to those who are desperate for a job. However, employment fraud schemes are often used to acquire personal information through fake job applications or scam you out of your money through processing and service fees.

What is identity theft?

As you open your wallet to buy your morning cup of coffee, one of your credit cards happens to fall out. A few days go by without you noticing. Then you receive a bill in the mail for a credit card you never signed up for. You see that there is a $200 transaction from a store in a different state under your name. Unfortunately, you’ve just become the victim of identity theft.

Let’s take a look at a few types of theft affiliated with identity crimes.

Any crime that fraudulently uses another individual’s PII for personal gain.

Under Federal law, identity theft is defined as when a person “knowingly transfers or uses, without lawful authority, a means of identification of another person with the intent to commit, or to aid  or abet, any unlawful activity that constitutes a violation of Federal law, or that constitutes a felony under any applicable state or local law…” 18 U.S.C. § 1028(a) (7)

Oftentimes, identity thieves will create fake addresses for tax notifications, court summons, medical bills, and other documents connected with the identity crimes they have committed to keeping you in the dark for as long as they can. Let’s take a closer look at the types of identity theft that can occur.

Criminals can use your full name, Social Security number, and date of birth to obtain driver’s licenses, birth certificates, and other official documents to avoid the detection of their true identity and criminal records. Under your identity, criminals can rack up traffic violations or do jail time for felony offenses like drunk driving and drug possession charges. While you may not be aware that a criminal has committed these crimes under your name, you may be arrested for an outstanding warrant or you may be denied a job opportunity after a criminal background check is performed by the company. Sorting out criminal identity theft can be tricky. The time and effort it will take to expunge the records associated with your criminal identity theft depends on the severity of the crime you are being accused of. It’s best to seek legal counsel from your attorney if you think you are a victim of criminal identity theft.

This type of identity theft is pretty straightforward — a criminal will use your identity to seek medical treatment or drugs. On top of the substantial financial damage that this could cause, it could also cause incorrect medical history to be added to your medical files. As a result, you may be incorrectly diagnosed and given improper treatment by your doctors. There are a few ways you can spot medical identity theft:

If you think you’ve been affected by medical identity theft, the Federal Trade Commission (FTC) can lead you through the steps to take to clear your records. Click here for more information.

Unfortunately, there is no way to see signs of this happening unless you receive a bill or a credit card offer in the mail addressed to your child. Child identity theft is typically committed by a family member or friend who knows the family. In some cases, a stranger will steal a child’s identity if they are specifically targeting that child. Children do not usually discover that they have been a victim of identity theft until they attempt to apply for school loans or try to buy an apartment or house. By that time, there could be so much damage done to their credit report that it could take what may seem like a lifetime to repair.

Criminals can use your personal information to obtain credit cards, loans, and goods and services while claiming to be you. This type of theft is based on personal or monetary gain using your personal information. Keep in mind that a person cannot access your financial assets without your Social Security number, so it’s important to remember to always protect your Social Security number.

Instead of assuming your identity with your information, criminals can also use your Social Security number to create a fake identity. This type of identity theft is the hardest to detect because the synthetic identity is not associated with any file number on record at the credit bureaus. The fake identity and its activity will not show up on the thief’s or your credit reports because the identity is not actually connected with a real person. Thieves can create a new credit file, or even worse, a sub-file that may end up on your credit report later on.

No, fraud and identity theft are not the same. Although the two are often used interchangeably, they are, in fact, separate issues. Fraud encompasses the act of stealing and misusing personal information and existing accounts of a victim. Identity theft, on the other hand, is taking the stolen information to open and abuse new accounts under the victim’s name. For example, let’s say you are a victim of a data breach whose information was stolen by hackers compromising a retailer’s sensitive data. Making unauthorized purchases on your card would be considered fraud. However, if that hacker took the information and used it to apply for jobs or open credit cards in your name, it would be considered identity theft. Simply put, identity theft cannot happen without fraud, but fraud can happen without leading to identity theft.

Two men from Detroit, MI have been charged with stealing mail from over 200 Detroit citizens, and in some cases altering names on checks to cash them. The men allegedly altered the ‘Payee’ line and the dollar amount of checks found within the stolen mail, and then cashed the checks or used them to make purchases. They also allegedly opened credit cards in various victims’ names.

A man from Malden, MA was charged with identity fraud and with submitting fraudulent applications for Pandemic Unemployment Assistance (PUA). He was also indicted of two counts of wire fraud, one count of aggravated identity theft, and one count of making a false claim. Agents seized documents from the man’s apartment, including a PUA debit card in another individual’s name. The PUA claim had been submitted under the man’s own name but with another person’s Social Security number. The man along with a female accomplice opened credit accounts under various fake identities and then used these accounts to purchase Visa gift cards. With possession of a Maine driver’s license, bearing his photograph and the name of an identity theft victim, the criminal opened a bank account to make large purchases at an Apple Store.

4 quick tips to protect your identity 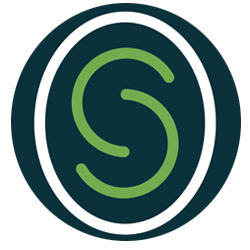 Sontiq was formed in 2019, when EZShield, the leader in digital identity protection and resolution, acquired IdentityForce, the #1-rated identity theft protection provider for businesses and consumers. In March 2021, Sontiq acquired Cyberscout, the leading cyber products and services provider to the Insurance Industry. In December 2021, Sontiq officially became a TransUnion company.